Dan Nightingale is widely regarded as one of the best performers working on the comedy circuit today. Mixing fiendishly accurate observation with energetic characterisations and killer punch lines, his comedy is original, playful, intelligent, poignant and exciting; sometimes ridiculous… but always hilarious.

Dan began his comedy career in Newcastle in 2002, and is now one of the most recognisable faces on the North West Comedy circuit. He founded the Frog and Buckets ‘Beat the Frog’ amateur night, which quickly became the best new comedy night in the North. As well as his reputation as a top-class circuit headliner and in-demand MC and host, he has also performed regular TV warm up for the likes of Jonathan Ross, John Bishop and Celebrity Juice.

"It is his powers of observation that make him so entertaining. Outrageously funny" – KeepingupwithNZ

Dan has also become a regular crowd pleaser, and critically acclaimed success at The Edinburgh Festival Fringe, having performed solo shows in 2008, 2012 and 2013. He returned in 2014 with his hour long, one man tour de force; ‘Dan Nightingale is Trying His Best Not to be a Dick’ (he loves a punchy title) which received 5 ★★★★ reviews.


"Boasting arguably the best stage introduction at this year’s Fringe, Dan Nightingale’s musings have warmth and easy going charm. Solid material. ‘Its been a comedy buffet’, he surmises, and we have all been well fed." – Metro

The International festivals, such as New Zealand Comedy Festival, are a chance to see Dan spread his wings and elaborate on his circuit shows.

"a superb compilation of brilliantly crafted stories written by someone who unquestionably has a keen and instinctive eye for comedy. Nightingale’s buoyant energy makes for an entertaining hour of stand up." – Broadway Baby

Dan has produced his own 'In The House Podcast', which is still available on Podomatic and itunes, and which each week featured a different act from the UK circuit. Past episodes have featured Adam Bloom, John Lynn, Steve Shanyaski, Andre Vincent, Seymour Mace and Brennan Reece.

If you want serious comedy David Tsonos is not your man. His comedy stems from being the youngest of five boys, babysitting his nephews and his cat. He has appeared at the Vancouver Comedy Festival and can be heard on Satellite radio. Whether it’s a Bar gig, a Comedy Club or a Corporate function David makes them laugh until they can laugh no more. (Well maybe a little more.)

David has been touring Canada since 1999, from one end to the other several times, and now doing shows in the USA and the U.K. When not touring David has acted in commercials and TV shows. He also has found time to Write and Direct his own independent films.

Contrary to popular belief, he is neither Greek nor Jon Lovitz, but will gladly act like either if the price is right.

“I just wanted to thank you for the great entertainment on Saturday night. David was a big success; I had many fine comments from our members about David’s performance…”Where did you find this guy?” “Very Funny,” Greg THSC.”

“David Tsonos was outstanding, he dealt so well with the audience and really engaged them.” Barrel Of Laughs Comedy Club

AND A SHORT SET FROM UP AND COMING ACT... DAVE BAWDEN!

Manford’s new comedian of the year 2019

Dave Bawden is a one liner stand-up comedian.

“You need to watch out for this guy – he is super funny!!” – Manford’s Comedy Club

“Slow paced delivery of killer one liners” – Beyond the Joke

Entry is free but donations are welcomed at the end of the night. All contributions go toward booking acts for future shows! 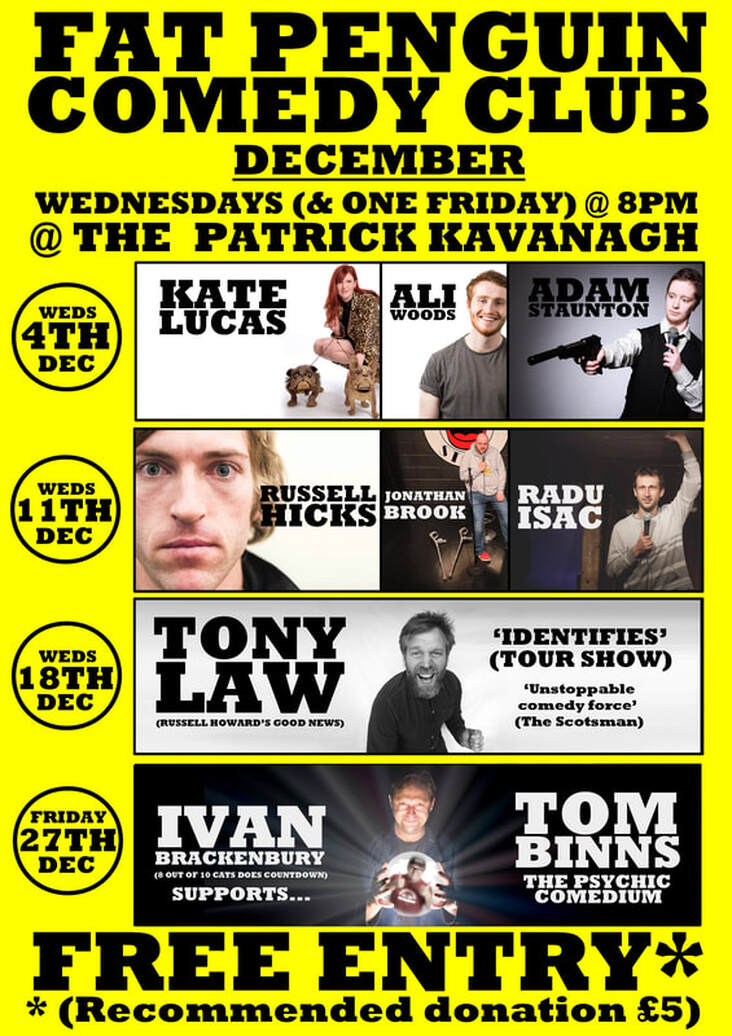